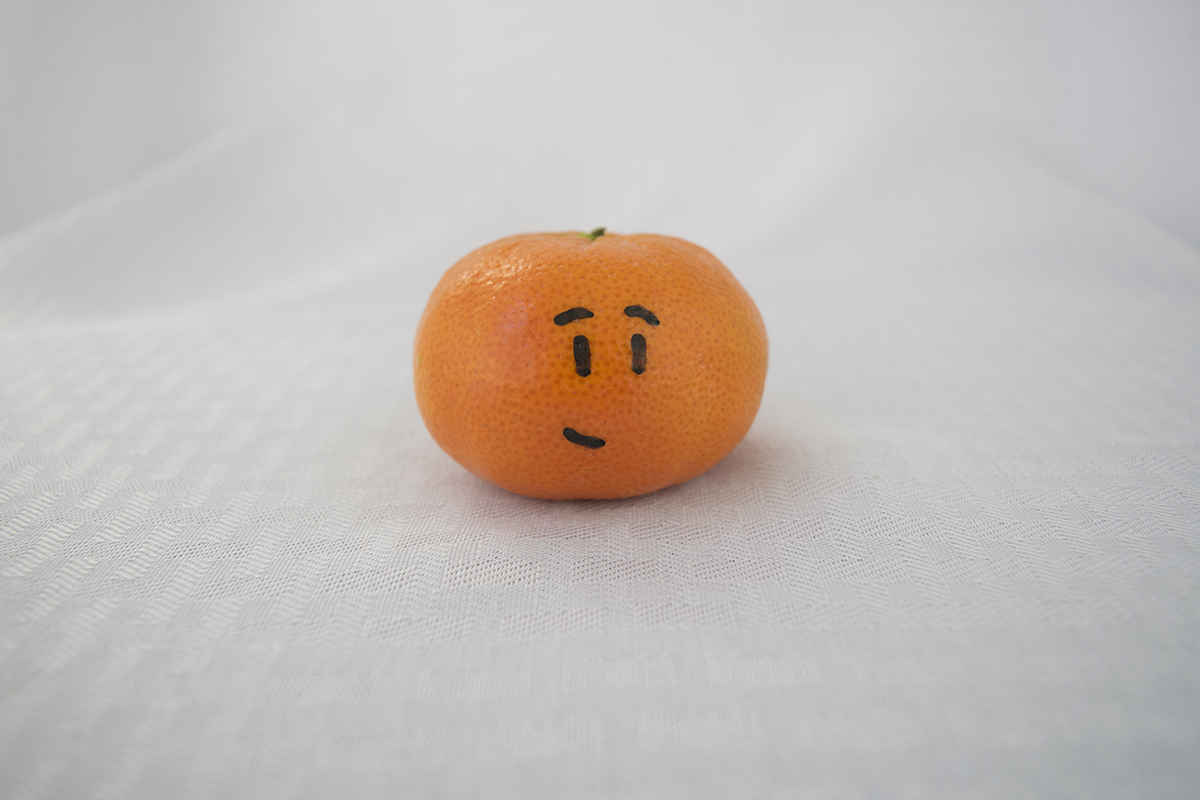 This particular orange was placed with purpose upon the cart in our kitchen that we use to store certain fruits and vegetables for easy access while cooking. You see my wife has the idea in her mind that if I am not able to see a food item, be it a pear hidden behind a gallon of milk in the refrigerator or one of the sandwiches that we keep under the sofa, then I am oblivious to it’s existence. She has tested this theory of hers on numerous occasions throughout our years together and, due to the results, has concluded that the best course of action is to strategically arrange food in our refrigerator or pantry in a manner that is conducive to my consumption. Unbeknownst to her I have, at the same time, learned that the secret to finding hidden caches of chocolates or chips is to simply look behind the bag of flour or box of puffed rice.

Shortly after breakfast this morning I decided that I was going to commit to eating this orange at some point today. Seeing as his number had come up, I decided to give him an opportunity to demonstrate some form of alternative worth in a fruitless (heh) effort to save his skin. The results of my trials are detailed below.

Having given him brief instruction and outlining my modest expectations, I left him to work independently for the better part of an hour. Upon my return I found that he hadn’t made the slightest effort to write even a single line of code. Instead I found him placing a bulk order for paper clips using my Amazon account and, at the same time, had somehow managed to amass 118 followers on Twitter. Though his social media prowess was admirable, I found his work ethic wanting.

I find yoga to be a very beneficial and rewarding practice. I have tried on multiple occasions to incorporate it into my daily regimen but have been deterred by distractions and poor time management. I put forth my best effort and, having had some experience in the past, was able to perform the poses relatively easily. He was skipping every other pose presented in the video and even his mountain pose left something to be desired. After a few minutes my attention was drawn to the fact that he had not moved in quite some time. Frustrated I went to investigate and found him asleep. Shameful.

After three hours he had never even tried to find me.

Often times it is said, in the context of painting or sculpture, that beauty is in the eye of the beholder. The value of creative or abstract works is entirely subjective. With that in mind, it is difficult for an outside observer to be able to definitively judge the quality of the artistic works of another. The exception being when instead of painting my portrait, the orange decided to take shots of paint and then vomit onto himself.

After a long, disappointing day of dealing with this unsavory citrus it was time to finally cut him into pieces and consume his flesh. So I did and I found that he in fact did have one redeeming quality – he was delicious